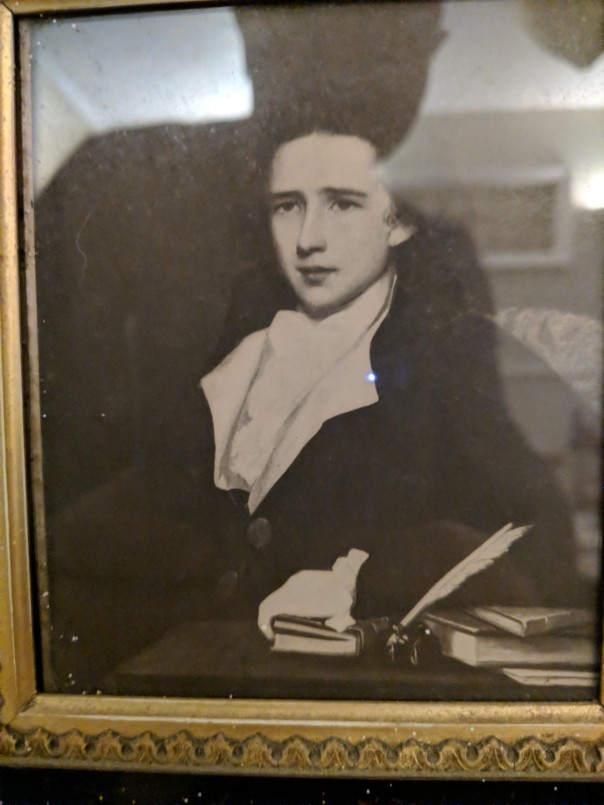 The beach house he had rented for the week had spent a century facing the sea and gradually getting closer to it.  The hill on which the house stood, forty years earlier, had slipped and the house had come to rest leaning towards the beach in front of it.

But there was no warning sign in the house,  or mention of this deviation from the norm on the website. So Jack was unaware as he entered the house through the front door into the hallway.  His calves felt the gradient as he crossed the hallway to the kitchen. It was like switching the treadmill at the gym to an incline.

He noticed that all the doors either hung wide open, or were shut.  There were none ajar. It was all or nothing. He opened the door into the kitchen and felt its weight leave his fingers and swing fully open as he walked through.

The gulls screeched.  He felt dizzy and had to sit down quickly on the step at the entrance to the glass-sided porch.  The sea was pulling him in. He wanted to slide down over the pebbly beach into the high tide and down to the bottom of the estuary.

He had come to calm down and take stock, not slip away.

I changed the fonts on the site to make them more legible.  I hope it works.

I loved this book

Amazingly I had not seen Pulp Fiction before – LOVED it!